Growing up in the 1970s and early 1980s, the BBC’s Test Match Special was my summer soundtrack. I loved the ritual of turning on the radio just before 11am in time for the start of play in a test match. It was a treat to hear the rich Hampshire accent of commentator John Arlott, the voice of cricket. Arlott also wrote for The Guardian, taking on the mantle of the legendary Neville Cardus.

The other great name in cricket journalism during the mid 20th century was EW (Jim) Swanton. The two men were chalk and cheese yet Stephen Fay and David Kynaston’s wonderful book Arlott and Swanton and the Soul of English Cricket shows unexpected similarities. Most notably, both men hated racism and were appalled by South Africa’s racist apartheid laws, which segregated races and treated non-whites as second or third class citizens. As pressure grew to cancel South Africa’s 1970 tour of England, Arlott said he would not broadcast tests if the tour went ahead. And Swanton argued strongly that South Africa should field multi-racial teams. That didn’t happen until the 1990s, after the end of apartheid. More on that later. 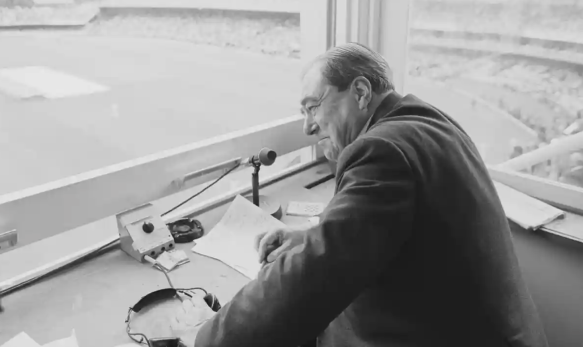 Arlott at his last Test, September 1980

Arlott was the more lyrical of the two broadcasters and writers – and arguably had a more interesting life story. His was a classic tale of a working class boy who created his own opportunities. He was a poetry-writing policeman who befriended county cricketers and who went on to produce poetry programmes for the 1940s BBC. (It’s hard to imagine that happening today.) He became friends with Dylan Thomas and John Betjeman. 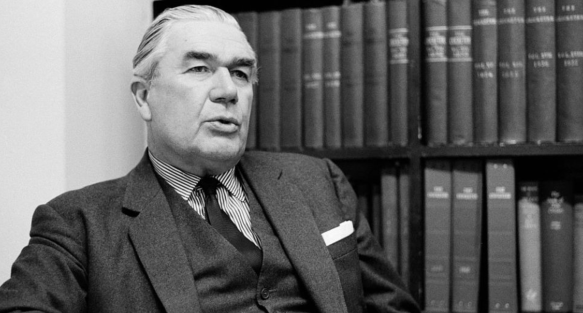 By contrast, Swanton was privately educated and, by all accounts, a massive snob. He was a plodding writer; Arlott once said, privately,  “Can you imagine what it must be like to write as much as Swanton did over so many years without leaving one memorable sentence?” He survived three years as a prisoner of war at the hands of the brutal Japanese after the fall of Singapore in 1942.

The book’s title hints at the role the two men played in the battle for the soul of the game in the 1960s and 1970s. The biggest challenge was to reverse cricket’s sliding popularity, highlighted by county championship games with just a hundred people present. (I remember being in a very modest county crowd at Sophia Gardens, Cardiff in around 1983.) Arlott and Swanton both saw that one day cricket was essential to revive interest in county cricket, and were frustrated by the authorities’ slow response. In time, the Gillette and Benson & Hedges tournaments and John Player Sunday league proved that limited over cricket could win new fans.

The book is a delight. I first took an interest in cricket in 1975, yet I found the authors’ account of earlier decades compelling reading. Fay and Kynaston skilfully blend Arlott and Swanton’s personal stories with the social history of England during their lifetime. 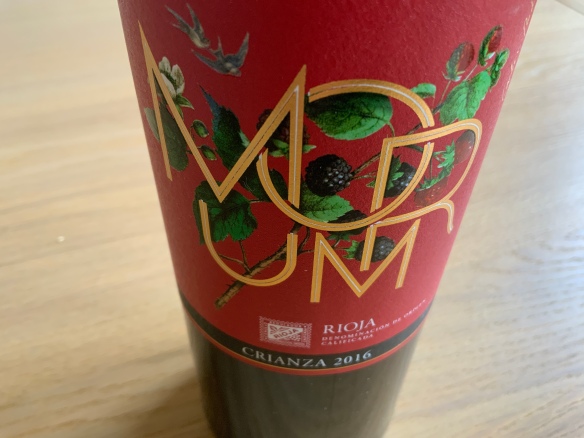 Arlott wrote for The Guardian on wine as well as cricket. I bought my first bottle of Rioja in 1985 after reading his column recommending a Sainsbury’s Rioja. Arlott turned increasingly to drink in the 1970s as he reeled from the death of his son and wife. It made him a more erratic writer and commentator, as Fay and Kynaston quote the BBC’s Robert Hudson recalling. “Although a genius, he didn’t always employ his talent to the full – he was up and down…”

But he was still capable of a vivid turn of phrase: after England batsman Alan Butcher played and missed at The Oval in 1979, Arlott described him as ‘Looking sheepishly at Kapil Dev just like a small boy who has been caught stealing jam’.

My favourite anecdote in the book explains how Arlott feared he had cost Tony Lewis his place as England captain. Amazingly, the broadcaster had called Lewis at 8am on the morning of a Test Match trial inviting him to a wine tasting before the game. “Meet me at Turnbull’s the wine merchant at 8.45. I will be waiting for you with Mr Turnbull.” Lewis duly enjoyed half a glass of sparking Vouvray, but unfortunately was caught for a duck later that morning. Arlott was disconsolate: “No! No!  it was my fault, all my fault. Taking you to Mr Turnbull before a Test trial.” Fortunately, Lewis was selected for the Test but not as captain. After Arlott’s retirement Lewis – by then well known broadcaster – enjoyed wine-dominated visits to John’s retirement home in Alderney. 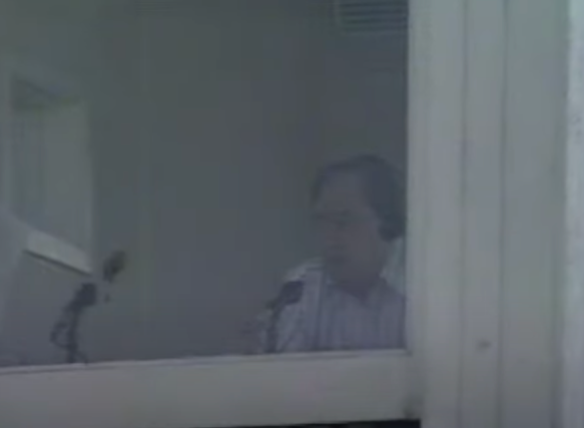 John handed over the mic for the last time in 1980. It was a dismal, wet summer and sadly his last Test match, the centenary test between England and Australia, was marred by rain and the failure of the umpires to allow play when the sun did come out. (Not to mention disgraceful scenes when MCC members jostled the umpires: Arlott described that as the ‘unacceptable face of Lord’s’ in The Guardian.) But he would have been delighted by the crowd’s applause when he handed over to Christopher Martin-Jenkins.

I wasn’t aware of Jim Swanton back then – I don’t remember hearing him on the radio, and never read the Telegraph. Matthew Engel said in his obituary of Swanton that ‘Perhaps only a thundering Times leader in the mid-19th century carried as much weight at Westminster as Swanton’s pronouncements did at Lord’s’. And he could silence babies:

“The end of an exciting day during the Test Match had delayed my baby getting to bed. She was expressing her disapproval of being bathed as I listened to EW Swanton giving his summary of the day’s play. Imagine my surprise when he stopped and, looking straight at baby, said, ‘Will you be quiet there at the front?’ I think she was as surprised as I was, she looked at the screen and suddenly stopped crying.”

Swanton also had an extraordinarily long career. He first broadcast in 1934, in the reign of King George V, and commentated on England’s tour of South Africa in 1938/39. He poignantly described the moment when cricket came to an end as the shadow of war lengthened in 1939:

“I recall, on an evening in August 1939 at Lord’s, standing on the balcony with the Middlesex captain… watching the ground emptying and wondering when we should celebrate our return. It has been seven years … and that is a big hole in a cricketer’s life but it is at least a blessing not only that Lord’s itself is unscathed but that actually eight of that Middlesex side took the field when the season was reopened a few days ago.”

Later, I appreciated Swanton’s writing as I took solace in books on cricket as I struggled in my first job in 1986. The anthology of his writing, As I Said at the Time, remains a favourite, and the two lovely extracts above are from that book. 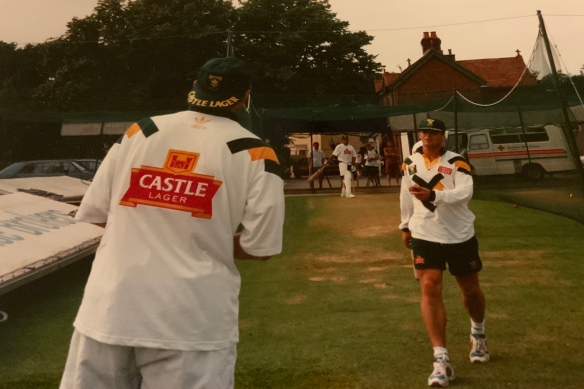 I’ll end on a personal note. I’d forgotten before reading the book that I saw South Africa play on their first tour of England after the end of apartheid in July 1994. Appropriately, it was in John Arlott’s beloved Hampshire, at the old county ground in Southampton. The game came just months after Nelson Mandela became president of the rainbow nation after the first election with universal suffrage. Arlott, who died less than three years before, would have been thrilled. 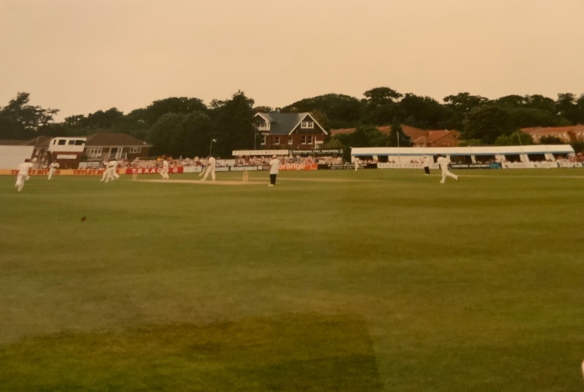 4 thoughts on “Arlott, Swanton and the Soul of English Cricket”