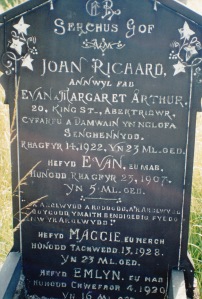 Another disaster, another victim

The world has been shocked by the terrible coal mining disaster at Soma in Turkey. It seems incredible in 2014 that hundreds can be lost in a colliery catastrophe.

My mind went back to a small Welsh village called Senghenydd, scene of Britain’s worst ever mining disaster in October 1913, which killed 439 men and boys and a rescuer. The tragedy came 12 years after 81 men died in an explosion at the same Universal pit. How could such a small community cope with such grief? But in those days – to the mine owners – life was cheap. British mining later became relatively safer, but as recently as 1960 45 men and boys died at Six Bells colliery in Monmouthshire.