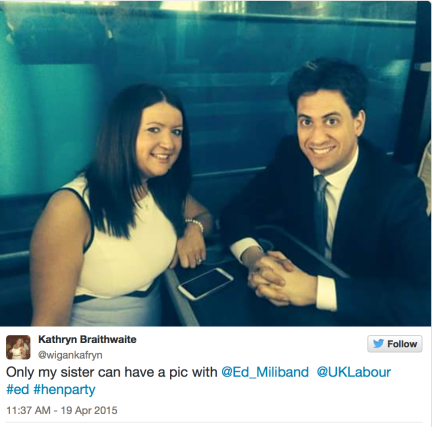 Ed Miliband and the hen party

The Tories expected Ed Miliband to implode under the pressure of a general election campaign. Yet the opposite is happening. The Labour leader has grown in stature (even with hen parties – above) and popularity while the Conservatives have slipped as their campaign has tottered from disaster to misjudgement.

There’s still time, of course, for the incumbent’s advantage to show. Labour still shivers at the memory of 1992, when apparent victory was snatched from the party at the last minute. (Although the reality was different: the polls underestimated the Tory vote.)

Here are my thoughts on the 2015 election campaign just over two weeks from the poll.  END_OF_DOCUMENT_TOKEN_TO_BE_REPLACED