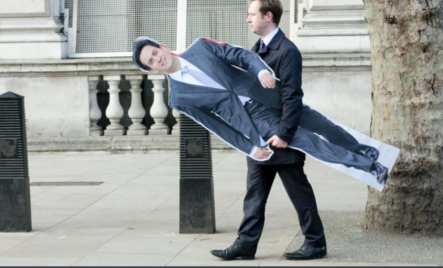 Change at the top

The polls were horribly wrong. The closest election for years proved nothing of the kind. David Cameron is back in Downing Street with a 15 seat parliamentary majority. Three of the seven party leaders who took part in the leaders TV debate resigned on Friday. Cameron and the Tories appear utterly in command. Yet that command may prove less enduring as the years unfold. Here are my thoughts three days after the most unpredictable election since 1992.

The Tory-Liberal Democrat coalition had a majority of 76 in the House of Commons. It ensured a relatively smooth ride over its five year term. True, the two parties had their fractious moments, especially over the voting reform referendum, which the Tories torpedoed. But the coalition proved far more stable than anyone expected in 2010.

END_OF_DOCUMENT_TOKEN_TO_BE_REPLACED

The unionist Tories boost SNP’s Sturgeon. Reality will be different

You could never accuse the British establishment of being intelligent. Almost a century ago, its brutal response to Ireland’s 1916 Easter Rising ensured the departure of the 26 counties from the United Kingdom. David Cameron is doing his very best to repeat the trick 100 years on with Scotland.

I don’t blame the Tories for having fun at Labour’s expense over the rise of the SNP. But talk of the SNP holding the country to ransom is very foolish. The Scottish nationalists are completely entitled to use its bargaining power in the new parliament. That’s how parliament and the constitution work. More fool the Tories and Labour for allowing the survival of our corrupt and undemocratic voting system. It’s unlikely the SNP would be in the same powerful position had justice prevailed with the introduction of a more proportional voting system.

As Jonathan Freedland says in today’s Guardian, the Conservatives have been totally calculating in talking up the SNP. Chancellor George Osborne praised Nicola Sturgeon’s performance in the leaders’ debates. Why? To embarrass Labour. Yet the ploy was cynical and stupid at the same time. If the Tories were so horrified by the SNP supporting a Labour government, why praise that party’s leader?

Ironically, the SNP is likely to have less influence by ruling out any kind of unholy alliance with the Tories. It’s unlikely to repeat its 1979 folly in bringing down a Labour government. Ed Miliband may have more room for manoeuvre as a result, despite the Tory scaremongering.

“Out of touch London politicians have had the fright of their lives. Cameron, Miliband and Clegg complacently assumed that the result was a foregone conclusion. But when a single poll claimed a yes lead, they panicked. They cobbled together a promise of ‘Devo Max’ – home rule within the UK. Dave, Ed and Nick rushed up to Scotland to declare undying love for the country and plead with Scots not to file for divorce. It was desperate and unconvincing.”

Judging by their actions over the last month, those out of touch London politicians have learned nothing.

Ed Miliband and the hen party

The Tories expected Ed Miliband to implode under the pressure of a general election campaign. Yet the opposite is happening. The Labour leader has grown in stature (even with hen parties – above) and popularity while the Conservatives have slipped as their campaign has tottered from disaster to misjudgement.

There’s still time, of course, for the incumbent’s advantage to show. Labour still shivers at the memory of 1992, when apparent victory was snatched from the party at the last minute. (Although the reality was different: the polls underestimated the Tory vote.)

Here are my thoughts on the 2015 election campaign just over two weeks from the poll.  END_OF_DOCUMENT_TOKEN_TO_BE_REPLACED 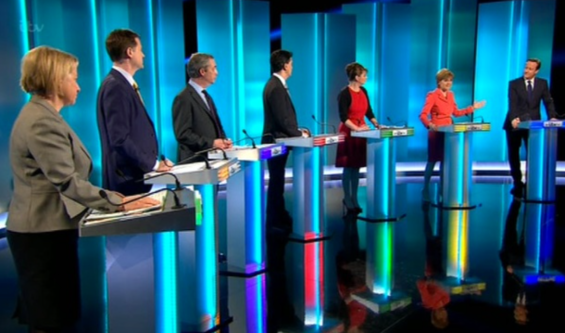 The 2010 #leadersdebate series electrified that election campaign. It was a first for a British general election. It made Nick Clegg famous, as Gordon Brown and David Cameron competed to agree with Nick.

Women on top: Leanne Wood and Nicola Sturgeon at #leadersdebate

Tonight’s debate was very different. There were seven leaders crowding the stage. Refreshingly, three were women: the SNP’s Nicola Sturgeon; Plaid Cymru’s Leanne Wood and the Green Party’s Natalie Bennett. Most of us thought they won the day, with their good manners, willingness to listen and different approach. At one point the men got into a shouting match – showing they care nothing about voter disdain for such hooligan tactics. (Just as they’ve not changed PMQs.) And the three women weren’t English. Diversity in action.

END_OF_DOCUMENT_TOKEN_TO_BE_REPLACED

The day after the BBC fired Jeremy Clarkson for assaulting his producer, it was good to see the other famous Jeremy back in action. Former Newsnight presenter Paxman grilled David Cameron and Ed Miliband live in a pre-election debate. 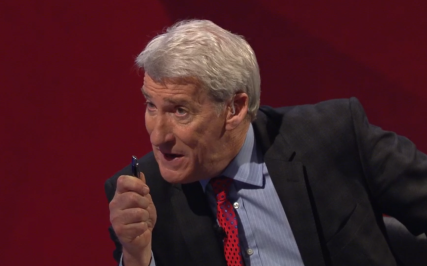 Cameron came off worst – in a repeat of the first 2010 TV debate, he was nervous and under-perfomed, at least against Paxman. By contrast, Ed Miliband did rather well. He was  impassioned, confident and humorous. Many neutrals will have been impressed. He came up with the best line of the night: “You’re good, Jeremy, but not that good!” in rebutting the idea that he’d be a puppet in the hands of a resurgent SNP.  END_OF_DOCUMENT_TOKEN_TO_BE_REPLACED

This is the tweet that plunged the Labour party into crisis. Emily Thornberry was forced to resign after sending it as the Tories were losing the Rochester by-election to UKIP. The result? Labour, not the Tories, were seen to be the greatest losers from the fact sitting MP Mark Reckless retained the seat for UKIP after defecting from the Tories.

It’s a sorry tale that makes me despair even more about British politics. Here’s why:

END_OF_DOCUMENT_TOKEN_TO_BE_REPLACED

I’m not a great fan of  Ed Miliband. I’m even less of a fan of Marxism. But I was disgusted by the Daily Mail’s attack on the Labour leader’s late father Ralph Miliband, and its bizarre claim that Ralph hated Britain.

Miliband senior fought for Britain in the Royal Navy in the second world war after fleeing Nazi occupied Europe as a Jewish refugee. He went on to become a famous Marxist acedemic. He died 19 years ago.

The Mail today carried a reply from Ed Miliband. Yet the paper showed its true colours by repeating even more strongly its attack on Ed’s father, and using typically contemptuous language to mock Miliband’s right of reply: “He has stamped his feet and demanded a right of reply”. This is the behaviour of a school bully attacking a victim who dared fight back.

The Mail’s ludicrous attack suggests that the Mail is seriously scared that Miliband’s popular attack on the energy companies at Labour’s conference will kill the possibility of the Tory party winning the 2015 election. That would also hugely increase the possibility of statutory regulation of the press, as recommended by Lord Justice Leveson, and blocked by David Cameron. The Mail will do anything to prevent anyone taking away its ‘power without responsibility’, as Tory prime minister Stanley Baldwin put it.

The Daily Mail has been a huge success since the late David English reinvented it as a tabloid 40 years ago. It’s routinely described as the voice of Middle England. Yet it is strangely out of tune with traditional British values. It ruthlessly attacks anyone who doesn’t share its world view. It lacks a sense of fair play. It has no sense of humour except in its brilliant cartoons. This week’s distasteful stories will prove a seriously misjudgement, boosting Ed Miliband’s reputation and diminishing the Mail’s.