In the end, the Group of Death proved nothing of the sort for Wales’s Rugby World Cup dreams. I was privileged to watch the victories over Uruguay and Fiji at the Millennium Stadium – but the real glory was our magnificent victory over England at Twickenham last weekend.

I still expected England to beat Australia – they have a good record against the Wallabies – but the hosts were woeful, going down to their worst ever defeat at HQ to Australia. Stuart Lancaster’s obsessive tinkering crashed England’s world cup chariot after just 16 days.

I’m thrilled that Wales are through. It’s extraordinary that a team so decimated with injuries should have the power to overcome tough opponents in England and Fiji. It speaks volumes for team spirit and their extraordinary coach, Warren Gatland, who has now plotted three wins at Twickenham in eight seasons. Australia will be tougher opponents, but that’s no longer a must-win match.

I’m also sorry that England are out. They didn’t deserve to progress, but the tournament is diminished by the host’s departure from their own party. And millions of England fans including many friends are feeling the intense pain of a premature exit. Blame the crazy decision to make the draw almost three years before the opening ceremony. Back in 2012, Wales slipped down the world rankings because we lost an extra autumn international to the Wallabies. As a result, the authorities placed four of the nations ranked in the top 10 on the eve of the tournament – Wales, Australia, England and Fiji – in the same group. Let’s hope they learn the lesson. 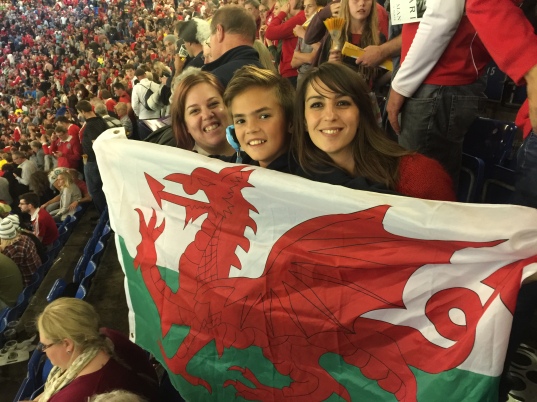