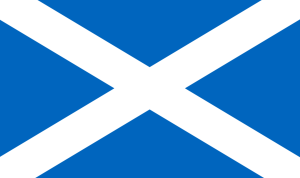 On Thursday, Scotland will decide whether to become an independent country. This time next week we might be coming to terms with the end of Britain. I’ve blogged a few times about the independence vote, starting with the 2012 Edinburgh agreement between the UK and Scottish governments to hold a referendum. More recently, I voiced concern that the rest of the country was paying more attention to the Great British Bake Off than the Great British Break Up. That has changed at the eleventh hour as the British establishment finally realised that the union was in deadly peril.

Here are some of my thoughts as we enter one of the most momentous weeks in British history.

I hope Scots stay with us

Scotland already runs its own affairs. If it votes no, it will have almost complete autonomy – with all the benefits of being part of a much bigger country. Geoff Cordell from London put it beautifully in a letter in The Guardian:

“Dear Scotland, I fear it’s too late, and you’ve decided, but really I would prefer that you didn’t leave the union. I speak as a Brit who doesn’t want to be reduced to being an Englishman. You won’t understand this because you’ve always been happy within your Scottish skin. This is my problem – I can hear you say it – and I’ll get used to it in time, that’s true, and who knows, maybe I’ll even look upon the cross of Saint George as something other than a stranger, but I’ll feel diminished. You may not feel British, but equally I don’t feel entirely English. I’m bigger than that – you, the Welsh and the Northern Irish make me feel bigger than that.”

Better Together has been disastrously negative

I despaired as I listened to former prime minister John Major on BBC Radio 4’s Today programme last Wednesday. He replayed all the deeply negative reasons why people shouldn’t vote for independence – without making the emotional case for the union. He showed why the Tories are so deeply disliked – hated even – by many Scots. This is the man who was in Margaret Thatcher’s cabinet as she used Scotland as the guinea pig for the poll tax.

Major presumably hoped his interview would help persuade Scots to keep faith with the 307 year old union. Yet he surely lost more votes than he gained. There’s a theme here: too many London politicians are incapable of connecting with Scotland (and with Wales and England as well for that matter). They cannot understand that telling Scots it will all end in disaster might just make them more determined to go it alone. After all, disaster is what the Westminster elite seem very good at causing.

This is a vote on the failure of the British state

Britain was once regarded as a well governed country. True, it has always had its off days – the response to the Easter Rising, Armritsar, returning to the Gold Standard, Suez – but over the past 25 years the disasters have come thick and fast. Anthony King and Ivor Crewe’s marvellous book The Blunders of Our Governments recount all their horrifying details.

A consistent theme is that politicians blunder despite experts warning of impending disaster. It’s hard to imagine an independent Scotland doing any worse than Westminster. Indeed, the book showed that the Scottish (and Welsh and Northern Ireland) government successfully paid farmers subsidies under the reformed  common agricultural policy. Yet the UK government utterly failed to pay English farmers, and lost hundreds of millions of pounds through its incompetence. New Labour lost even more money through its bone headed decision to impose a private finance initiative on London Underground – costing the country up to £30 billion, thanks to its refusal to listen to experts who said the policy wouldn’t work. No wonder Scots refuse to accept that Westminster knows best.

Why did London leave it so late?

London only took the possibility of a yes vote seriously last week. The London parties rushed to offer ‘devo max’, inviting ridicule from the yes camp. Why on earth didn’t they act earlier? The recriminations will be vicious if Scots vote yes. If they do vote to save the union, Britain is surely heading for a federal state, which is long overdue for this over-centralised nation.

Labour has lost Scotland – and the UK?

Labour once ‘owned’ Scotland. It dominated the country. Yet the SNP has been in majority government since 2011 – and Labour voters appear to be deserting the union. If there is a yes vote, this is likely to be the deciding factor. Ed Millband must be a desperately worried man tonight at this would make it far harder for Labour to win a general election after Scotland leaves. That would surely force the party to enter a partnership with the Lib Dems – despite that party’s record in coalition with the Tories.

There won’t be a currency union

Alex Salmond can insist there will be a currency union until he’s blue in the face. But it won’t happen. After the euro crisis there is no way the UK will agree to currency union with a foreign country. The risks are far too high. Salmond knows this but prefers to blame wicked Westminster than accept common sense – because this would wreck the case for independence. It’s like filing for divorce and expecting to keep a joint bank account with your ex. We’ll still be friends but the people of England and Wales will be in no mood to offer concessions to Scotland after having had no say in the break up of our country.

I can’t believe that some have been fretting that Scottish independence would lose the UK its UN security council seat. Who cares another than the Westminster elite? It’s not something that people in the bars of Glasgow, Cardiff or Bradford worry about. Germany does rather well without these baubles of imperial arrogance. Similarly, we’d do just nicely without blowing billions on nuclear weapons. It’s deeply suspicious that the British state claims it can’t afford to give public sector workers pay rises but has no problem finding money for military adventures. Let’s live more sensibly. We’re into the final days. Let’s rejoice in Scotland’s renewed passion for politics – as we hold our breath for the outcome. This is for keeps.