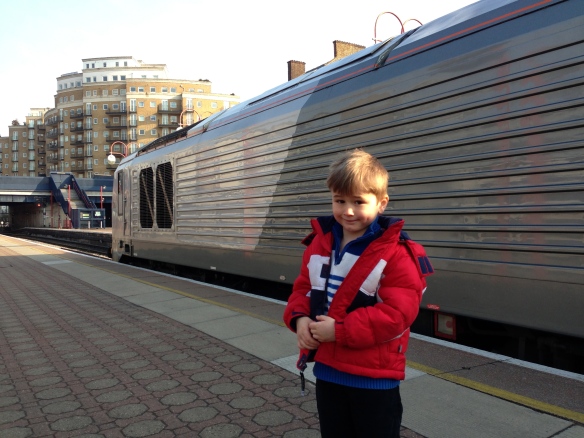 Once upon a time, Britain had real trains. Powerful engines pulled rakes of elegant coaches. On most of our main lines this is just a memory, but happily Chiltern Railways has brought back the best of the past on its Mainline service between London and Birmingham – with the welcome addition of modern touches like free wifi and the most stylish toilets I’ve seen on a British train!

We had a family day trip to Birmingham on Mainline yesterday, courtesy of complimentary tickets from Chiltern.

As a former regular traveller to Chester on Virgin, I was very impressed by the legroom in Chiltern’s Business Zone. (Virgin’s Pendolinos and Voyagers aren’t the roomiest of trains, especially when they’re crowded.) And the big windows show off the advantages of the British Rail Mark III coach. 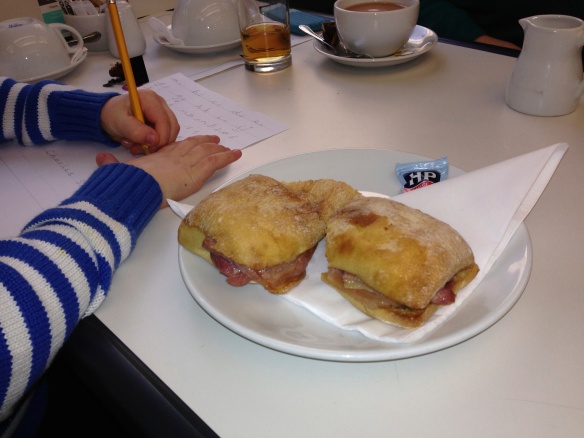 Chiltern’s Mainline service is a lot cheaper than Virgin’s trains from Euston, as the sign at Moor Street cheekily points out…

It’s good to see Chiltern transforming the former Marylebone to Birmingham line, as it was nearly killed by British Railways. Chiltern has invested millions restoring it to mainline standards – gone are the days of holding on tight when your train took the Marylebone line at South Ruislip!

Sadly, today’s Snow Hill is a shadow of the magnificent old station – more of a bus stop than a station for a country’s second city. So I was pleased that our train terminated at Moor Street station, which has been restored as a Great Western terminus, complete with a GWR 28xx heavy freight steam locomotive. It’s a fitting counterpart to Marylebone, London’s most civilised terminus.

Welcome to Birmingham – our Chiltern Railways train on right

We liked Birmingham. We enjoyed the walk to the National Sealife centre (Owen loved running around Victoria Square) and the sealife displays were very impressive – and we did well to visit when Octonauts Peso and Kwazii were visiting… And Brindley Place is really attractive, even when there’s still snow on the ground. (It was rather warmer last time I visited in March 2010.) On the way back, Owen insisted we pop in to Waterstone’s, which is less than 10 minutes’ walk from Moor Street station. Who were we to argue… 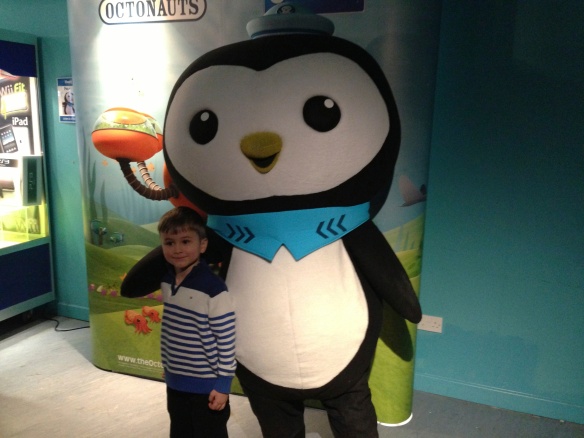 We got the 15.55 home, smiling at the group of fellow passengers enjoying a couple of bottles of champagne.

We thoroughly enjoyed our day in Birmingham – and getting there was a big part of the pleasure. Thank you, Chiltern Railways.

PS: the trip was memorable for another reason. It relived a famous film that we love: the 1962 British Transport Films production, Let’s Go to Birmingham, which was a speeded up Blue Pullman trip from London Paddington to the original Snow Hill. It was a real period piece with many steam trains along the route, from the Paddington pilot engine to the steam express that passed the Pullman as it approached Moor Street. There’s a sad sequel as the driver, Ernest Morris, was tragically killed when his diesel train collided with a steam freight train at Dorridge in 1963.

Disclosure: we travelled on complimentary tickets from Chiltern Railways.

3 thoughts on “Nice and fast: our Chiltern Railways day out to Birmingham”