I was seven before I remember playing in the snow. Christmas 1970 was a winter wonderland – but it was another six years before I experienced the excitement of a world transformed by a white blanket.

By contrast, our four year old son Owen has had a snowy childhood so far. Every winter of his life has seen significant snowfall, especially the winter of 2009/10. He’s had two white Christmases (by my definition of snow on the ground on Christmas Day, rather than the Met Office’s stricter criterion.) I have blogged every winter about these snow days, most recently during February 2012’s snowy snap.

Some may argue this is evidence of climate change. Perhaps. But anyone born in 1976 would have had a similar snowy introduction to winter.

Whatever the reason, Owen and I are making the most of it! 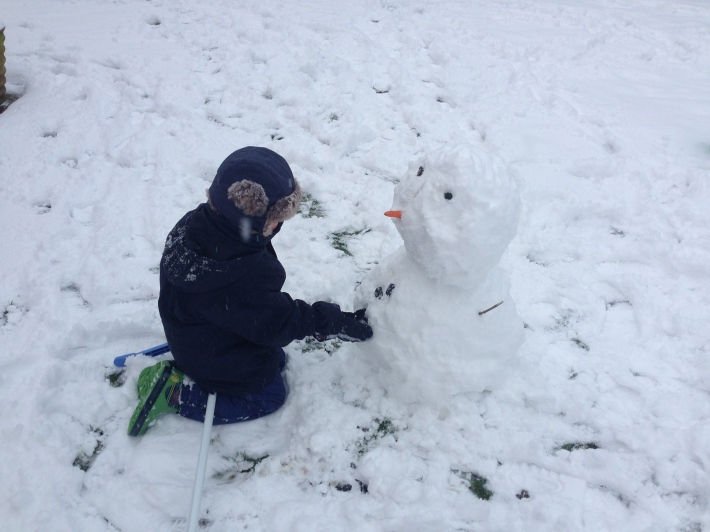