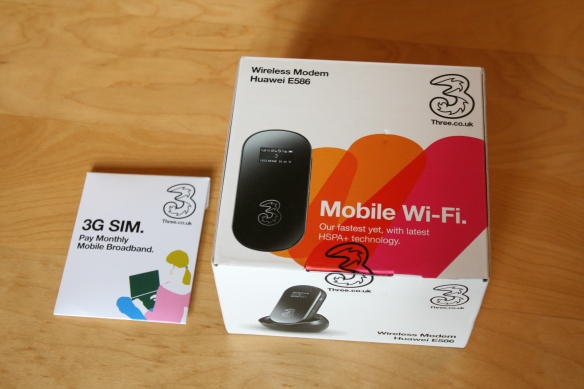 I blogged last week how I found it impossible to get a decent mobile internet service from Vodafone. A friend, Trevor Chenery, suggested in response that I get Three’s Huawei E586 mifi device. It proved a very good recommendation.

I chose a pay-monthly deal, giving a free mifi device and 1GB of monthly data a month for just under £11 a month. I can get online with five devices – plenty for my needs. 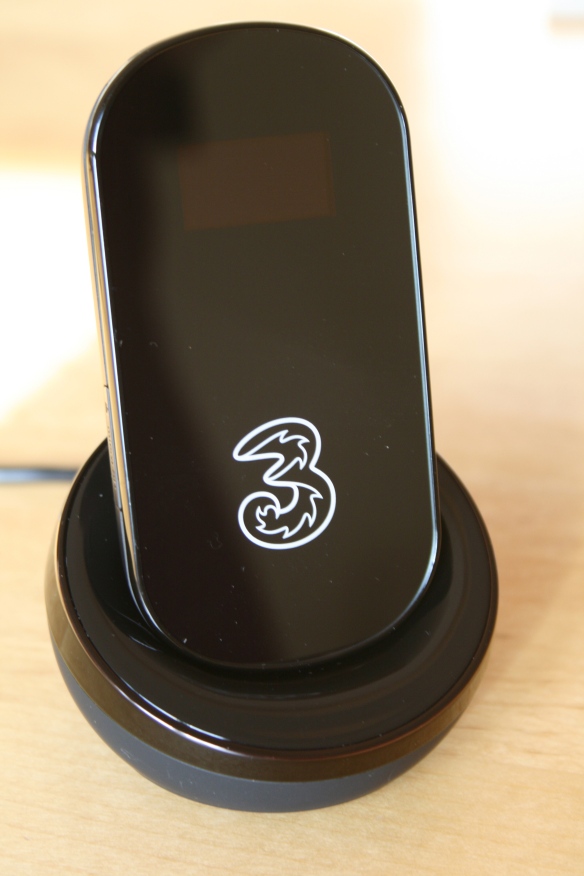 I gave it a test last Thursday on a day in London. I connected quickly and stayed connected on my iPad on the Chiltern Railways train to Marylebone – a contrast to my experience with my Vodafone iPhone, which constantly searches for  signal – which it promptly loses. I was able to send and receive emails and search the web without difficulty. Later in the morning the mifi saved the day when the guest internet at a meeting venue wasn’t working. Finally, I was able to do an hour’s work at my hotel without paying £10 for a night’s wifi.

My only complaint is with the ‘dashboard’ used to change the device’s SSID name and password. At no point did the otherwise good quick start guides say this didn’t work on a Mac. It seems bizarre that Three has created a service that in effect can’t be run from a Mac – at least on Safari. (I’m sure you can still get a Mac online through the mifi – you just can’t change any settings on it.)

The other thing to remember is that the E586 will need regular charging. You can’t rely on it going into standby mode like a phone. That’s understandable, as it doesn’t know when you’re going to need to use it to get online. But it’s wise to charge the device overnight before you head for your morning train.

In short, an incredibly useful gadget that’s a perfect accessory for a wifi iPad or a phone on a network that has very poor data coverage such as Vodafone.